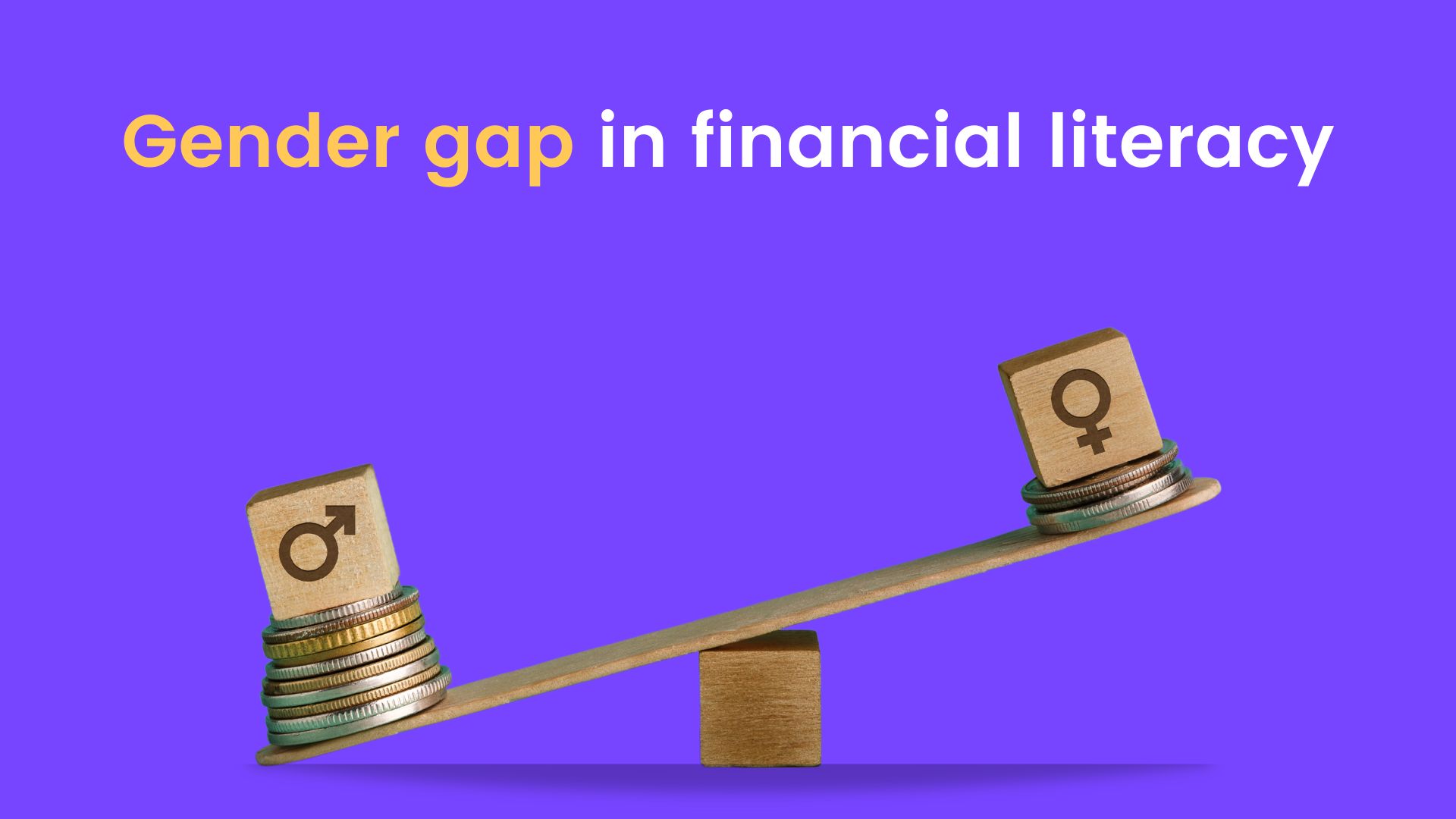 Surveys suggest that men are more financially literate than women but what are the factors that hold women back? Read to know more

In the past decade, women have achieved tremendous milestones in all spheres of life-like education, workplace and social development.

While they are striving to be equal with the men, there is still a lot to attain, especially around the concept of financial literacy and how it can help you to achieve Financial Freedom.

According to detailed study and research by International Network of Financial Education, it has been found out that a large percentage of women still have a long way to go in order to be at the same level of knowledge and awareness about finances population wide.

As we know, women live longer than men and have a shorter professional life span with a lower level of income and minimal pension.

Considering these, the lack of financial literacy affects more women than men.

As women reach their retirement age they are at a higher risk of having little or no savings.

It has also been studied that, women who are not married or are divorced while being in their retirement age have lower income of permanent earnings and labour force attachment. ​​

It was believed  that women are comparatively risk averse, and thus they invest conservatively and have low self-confidence regarding their financial behavior.

The lack of financial literacy is most definitely a factor that contributes to the low wealth level in the lives of women particularly as they near their age of retirement.

ACKNOWLEDGING THE GENDER DISPARITY: NEED OF THE HOUR

It is important to understand that men and women have different levels of education concerning finance.

There is a gap between the literacy levels of men and women and it is important to acknowledge it in order to start the fight of bridging it.

There are policies of development that aim to make the women aware about the savings and investing habits.

In the era that is striving for feminism in every aspect of life, both men and women need to be equally and sufficiently literate in order to take part in the economic activities and take decision regarding finances for themselves and their families ‘equally’.

Given the important and yet complicated status that women have in the family, many are still in a loop of being a homemaker first, opening a savings account or even managing their finances may not be in their equation.

Especially, women who belong to the rural areas of India, do not prioritize their financial wellness over daily household chores.

With that there are also a number of additional factors that make the financial institution services even more tough to reach.

Women tend to be less financially literate than their male peers, according to a study by the Financial Industry Regulatory Authority, or FINRA.

When surveyed about the same, women who came from a rural background were the most affected.

What are the problems they face while being financially prepared for the future? We found out the following points on the basis of a survey.

But financial knowledge only tells two-thirds of the financial literacy story. The remaining third?

The tests on financial literacy had been structured on the basis of Multiple Choice Questions. One of the answer choices included “do not know.”

According to the report by National Bureau Economic Research, it has been shown that the women have performed poorly in financial literacy tests than their male counterparts in multiple ways.

Females get more questions wrong and when given a choice they tend to choose the “dont know” option.

But in the same scenario when the questionnaire with the “do not know” option was unavailable, women were seen to have most likely selected the answer that was correct.

This in other words indicates that women statistically have lower financial literacy than men, but in reality even if they do, they are not confident about.

Gender gap in financial literacy persists, and one-third of it is explained by the low self-esteem found in women regarding finances.

For the questions around risk diversification in investing, there were 55% women who chose “do not know” as compared to only 30% men.

Later the same set of people were forced to pick an answer to the same question on risk diversification, 82% of men answered correctly as compared to 73% of women that brings out a 9 percentage point gap.

Concluding that, with other factors attributing to closing the gender gap, one of them is the lack of confidence in women.

This is a matter of serious concern, as according to the researchers boosting women’s financial knowledge through education programs targeted towards them “might not be enough to close the financial literacy gender gap if differences in confidence persist between women and men.”

Gender differences play a vital role to prove why women need to be more financially updated.

All the research indicates that no matter if a country is developed or still developing, women have less knowledge and awareness about finances as compared to men in all of the countries.

All of the reasons stated above highlight how women’s financial weaknesses are a reflection of the constraints that the gender faces in accessibility of economical and financial opportunities.

While married women are expected to take care of the household and manage routine finances they remain restricted to a limited knowledge about finances.

To bridge this gap, policies should be developed that challenges and addresses gender inequalities in both economic and financial opportunities and education related to finances, to improve women’s financial health.

Striving to solve this piece of puzzle

The problem of gender gap in financial literacy exists even beyond the demographics of age, level of education, status of marriage and income levels.

The researchers developed policies and guidelines that could help the stakeholders and others in the process of development and implementation.

The recommendations are as follows:

It’s not just lack of financial knowledge that contributes to this gap between men and women regarding financial literacy.

Lower incomes and financial opportunities play a part too. Confidence and role involvement are two factors that affect the financial literacy rate between genders as well.

All of the reasons above explain why financial literacy is needed for women. And it is needed right now!