5 Reasons Why Women Need To Start Saving Sooner And More 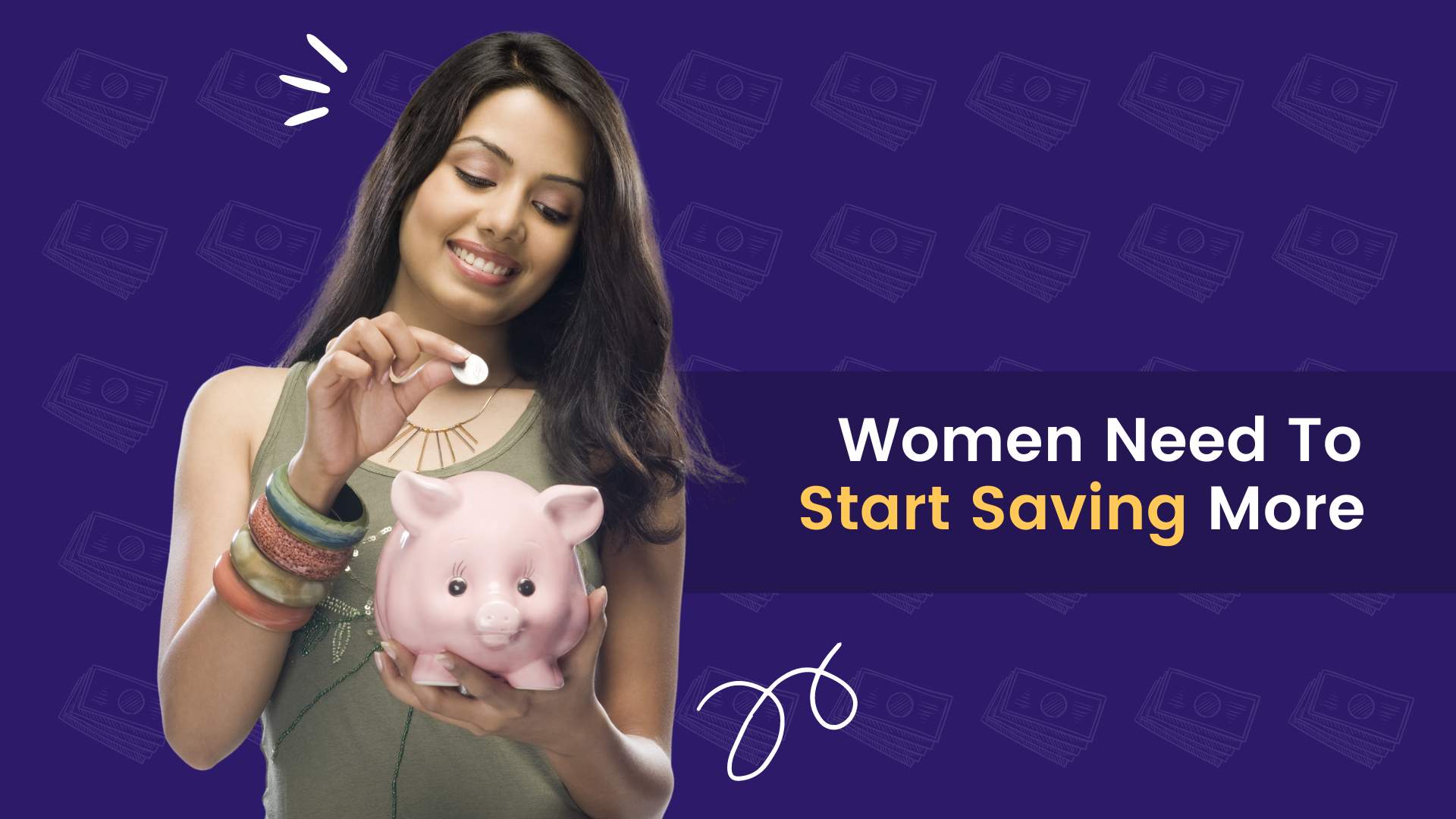 We all know how financial independence is important for everyone - irrespective of the gender, sex,or race. But for women, it becomes even more essential. That’s because women face an ample number of hindrances in their financial life. Such hindrances are lesser in case of men, pertaining to the fact that they are usually expected to be the earner in the family while such entitlement is generally not expected for women.

From several biological constraints to the essentially more sensitive nature and aspect of being a woman, all these affect her finances upto a great degree of extent. In addition,  while people are gradually realising the importance of gender equality, womanhood is still restricted to the role of a homemaker and child bearing. Here are 5 reasons why women are more vulnerable to financial crises and must start saving sooner and more than men:

1. The curse of getting a low pay than their men counterparts

We might be living in the twenty-first century but some of our orthodox patriarchal norms bind us to continue to underestimate the efforts of women. Even today when women are being accepted to be equal to men in all aspects and possess equal rights of universal suffrage, etc., our workplaces seem to underestimate, or perhaps completely outrule the changes in the society. At several places in the professional realm, the contribution of women is not being paid enough and equal to their male counterparts.

Such discrimination must end. However, while it still pertains, women must also take steps to build their own financial back. This makes it necessary for women to start saving sooner and saving more. With the advancement in technology, several digital saving apps like Jar have awesome small saving plans and long term investment plans which can perfectly suit the needs of working women and help them in growing their money too.

When it comes to stable career prospects, it seems that women generally can’t do so. From quitting jobs due to marriage at some far away place to taking breaks due to child bearing. While these experiences are new and sweetly respectable, it is also true that these times take away the prospect to warm more.

These uncertainties make a woman more sensitive to her surroundings and very often, her finances suffer in the whole process. Once again, this fact elucidates why it is eternally important for women to save smart and invest their money at the right places early.

It is not only the child bearing or other biological factors like periods that take away women’s energy., certain ‘universally’ accepted roles in society like the one of being a homemaker or more orthodoxically, the role of being the ‘good wife’ are some other reasons for corrosion in a woman’s financial status. Despite being exposed to such extremes, women are still reluctant to invest their money. The reason can be traced back to the fact that even though men keenly take part in investment plans, women are made to believe that investments are too technical and so it is not ‘feminine’ to take on such steps. Additionally, the traditional patriarchal norms are still strongly present in areas related to finances. The notion of a man being the breadwinner still controls the minds of many. This not only makes it difficult for women to take on financial responsibilities but also makes them too vulnerable to financial damages. When the finances of a household meet a storm, it is the 'kitchen' that gets the most harsh hit. Despite this, we still refrain women from earning and investing.

But, it is all a myth, women are equally entitled to take on investment plans and save for the future. These stereotypes won't last long, the reason being the current financial consciousness of women from all backgrounds.

Despite all the expectations and additional workload, trends show that women generally outlive men. This is obviously not true for everyone but this is what the empirical evidence shows. While that being said, since women have to live longer, why not save a bit more with Jar and ease out the hassles on the way to financial independence.

Since women live longer, it is very obvious that they will need more financial resources to help them sustain, this is why women must start saving sooner than men. Also, save more than men, this is because of the double-standards in the market. We are all familiar with the concept of the Pink Tax. Under this, the items that are exclusively for women (like cosmetic products) are high on taxes or put more clearly, generally are more expensive than similar items for men.

This is quite frustrating too because while women are paid less, they are sweeped off of their money even more. Pertaining to such discrimination even in the marketplace, it is essential that women prevent financial crisis and start saving early.

Due to the previously mentioned hindrances, many women tend to completely switch to part-time roles from stable full-time job opportunities. It is no surprise that these jobs usually have no set retirement plans and even don't pay much. With less salary and unstable working conditions, women lag behind in making themselves financially strong.

After analysing all these big reasons why women suffer financially in later stages of life, we can conclude that they essentially need a smart platform that can act as a cure to all their saving and investment problems.

Hence, we have the best solution for you - Jar. Jar is an automated savings platform that helps you invest and save your money. With excellent features like round offs and daily savings plan to help you kickstart your investment journey in Gold. You say it, Jar has got it!

RBI announces New Guidelines for the Issuance of Debit, and Credit Cards

Income Tax Changes For FY 2022-23: Here’s Everything You Need To Know

Watch Your Savings Add Up With These 8 Money Management Tips

8 Practical Ways You Can Prepare Yourself For Unexpected Expenses

Here’s the Best Way to Buy Gold this Akshaya Tritiya

Finance 101 For Women: 9 Financial Planning Tips You Must Know

Compound Interest: How to use the most powerful tool for your finances