8 Financial Advice from the Richest in the World - Jar App 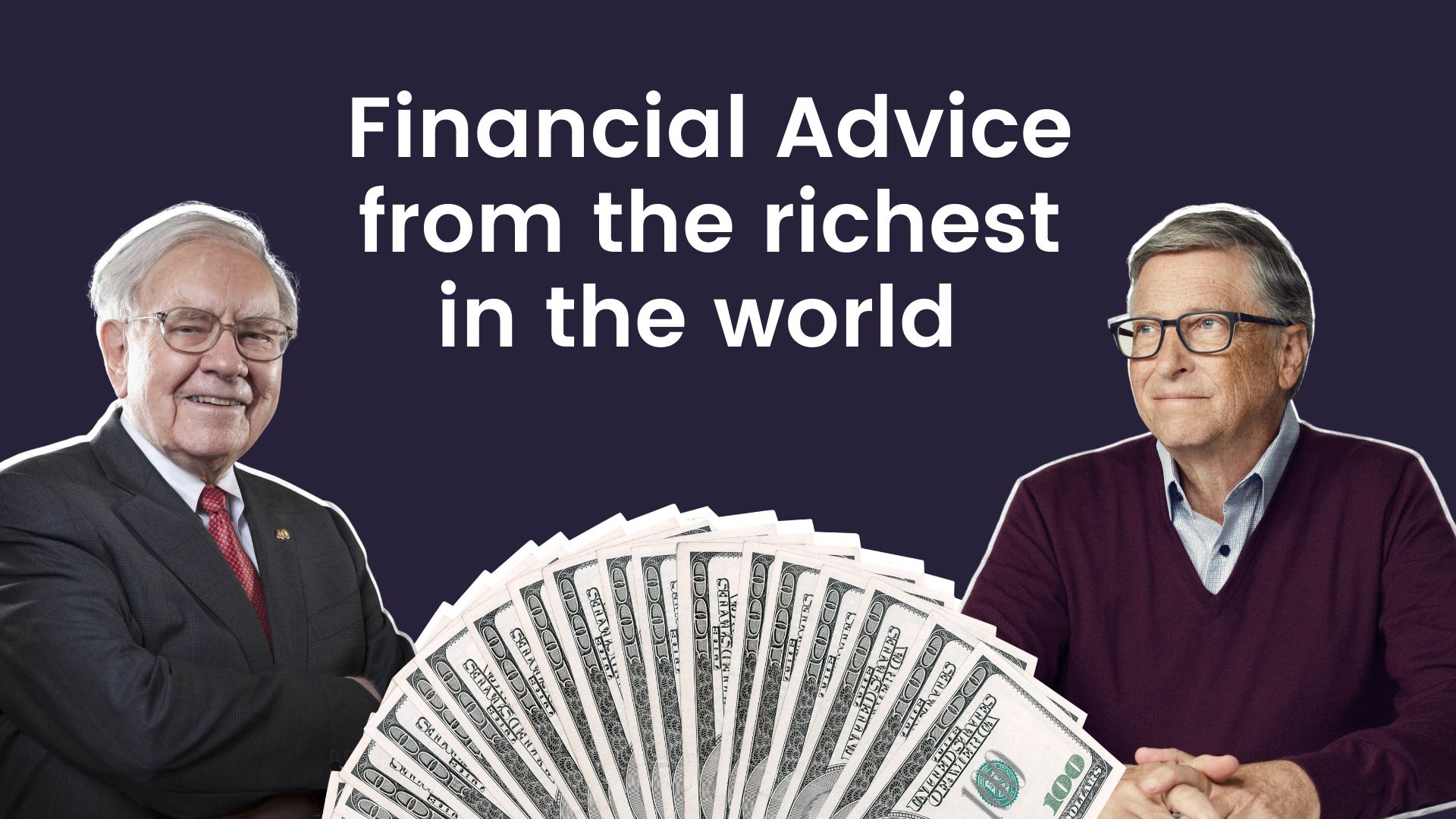 Enlighten yourself with valuable financial tips from the richest people and use them in your life to reap the benefits.

We all want to know the secret behind becoming a millionaire, don't we? We want to know how the world's super-rich think, act and handle their money.

So brace yourself to change your perspective about money and align it with these wealthy people!

Are you ready for some life experiences and financial tips from the wealthiest people that will make your wealth manager envious?‍

Carlos Slim Helu, Mexico's richest businessman with a net worth of $73.3B, once quoted “Start putting money aside as soon as possible.'

Whatever type of work you do, the sooner you start saving and managing your money, the better off you will be later in life.

He started investing in a Mexican bank at the age of 12 and working for his father's company as a teen, earning 200 pesos each week. ‍

Warren Buffett, one of the most successful investors of all time, lives frugally in a $31,500 home he purchased in 1957. He has a piece of famous advice for the youth - "Live your life as simple as you are." You're on a financial treadmill, not an upward escalator if you're always pursuing items you don't need.

He also focuses on 'Finding your Passion'. He says that even if you're working as a wage slave, find your passion and make time for it. It's one of the best methods to achieve success.

In today's competitive society, if you don't enjoy what you do, you'll be at a disadvantage in both - the job market and the marketplace.‍

Ingvar Kamprad, the creator of IKEA, believes that certain expenditure is unnecessary even if you have a lot of money to spend.

He, like many other super-rich people, prefers to travel in economy class rather than on a private plane and drives a ten-year-old Volvo.

‍“We don’t need flashy cars, impressive titles, uniforms, or other status symbols. We rely on our strength and our will!” Kamprad wrote in his memoir.

His finance advice focuses on separating needs from wants.‍

4. Make a Budget and Stick to it

John Donald MacArthur, the sole shareholder of Bankers Life and Casualty Company of Chicago had a net worth of $1 billion at the time of his death in 1978 ($3.7 billion today).

MacArthur began his career with a single little acquisition and then grew his business around it.

Despite living in a period when Hollywood was all about flash and glamour, MacArthur refused to succumb to the fever and lived a spartan lifestyle.

He never splurged on luxury, had no press agents, and lived on a $25,000 annual budget. ‍

Being frugal is just another way of being a good businessman." is one of his famous quotes. ‍

Stacy also adds that borrowing isn't necessarily a negative thing if it's important to survive, though he recommends avoiding it if possible.

The less debt you have, the better your financial situation will be.‍

“Someone is sitting in the shade today because someone planted a tree a long time ago.”‍

Another quote by Warren Buffett, the CEO of Berkshire Hathaway. His point here was that long-term, steady investments are preferable to short-term, shaky investments.

He invests in undervalued firms and retains their stock for a long time...probably forever.

He advises that investing successfully isn't a get-rich-quick program. You should be wary of trendy stock picks, brand-new startups, and shady investments that promise unusually huge profits.‍

7. Set Goals and Do Everything in Power to Reach Them

Richard Branson, the British billionaire and founder of the Virgin Group, with a net worth of $4 billion, previously had only a list of goals.

Even though they weren't the most realistic, he set them and pursued them. He had no idea what his goal-setting would lead to one day.

Today, this millionaire flew to the edge of space, recently marking a symbolic milestone for the project he began 17 years ago, and was the precursor of the expedition in the New Age of Space Tourism.

In his LinkedIn newsletter, he said "Whenever doubt creeps in, I remind myself that dreams aren’t linear."

8. Don't put your Money in the Bank; instead, Invest it.‍

Who doesn't know Bill Gates? Microsoft's founder has a net worth of $150 billion, and his work as a philanthropist is well-known.

Gates, like other millionaires, prefers to move the money, not leave it in the bank.

“We are not in a defensive posture where we have most of it in cash or anything like that."

In an interview with Bloomberg in 2019, Bill Gates stated, adding "The strategy I have used in investments is to exceed 60% in equities.”

His fortune is protected through his diversified investment portfolio in a varied mix of financial assets, real estate, and collectibles.

There's also a famous English proverb around it - "Make sure you're not putting all your eggs in one basket."‍

The rich never invest their entire portfolio in just one or two stocks.

That is why it is critical to maintaining a varied portfolio that contains several assets, stocks, bonds, mutual funds & digital gold.

Business assets, real estate, and collectibles could all be part of your portfolio.‍

The rich and successful people can teach us a lot with their experiences. Each of these people is known for being both a student and a leader of the markets.

We all learn by executing, failing and learning in life. It's up to us, the takeaways and our perception towards money which makes the difference.

Now that you have the most valuable financial advice from the richest, how are you planning to implement these in your life?